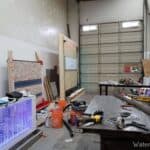 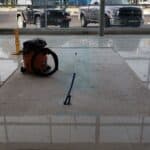 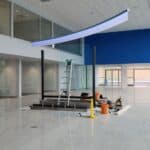 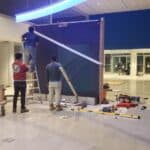 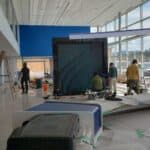 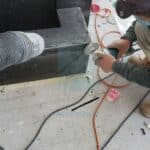 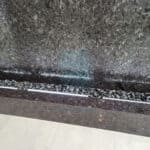 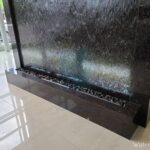 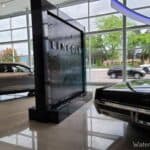 Free-standing water walls for weddings, tradeshows, corporate events, product launches and more. Fully sealed options available on request. No leaking. RGB colour changing lights. Add a vinyl sticker to the glass. These features are great for spicing up the ambiance and creating a zen-like atmosphere for your guests to relax or take photos.

We can customize your experience with an unlimited choice of colors, designs, shapes, and sizes. Call for more information.

We will get back in touch with you as soon as possible. 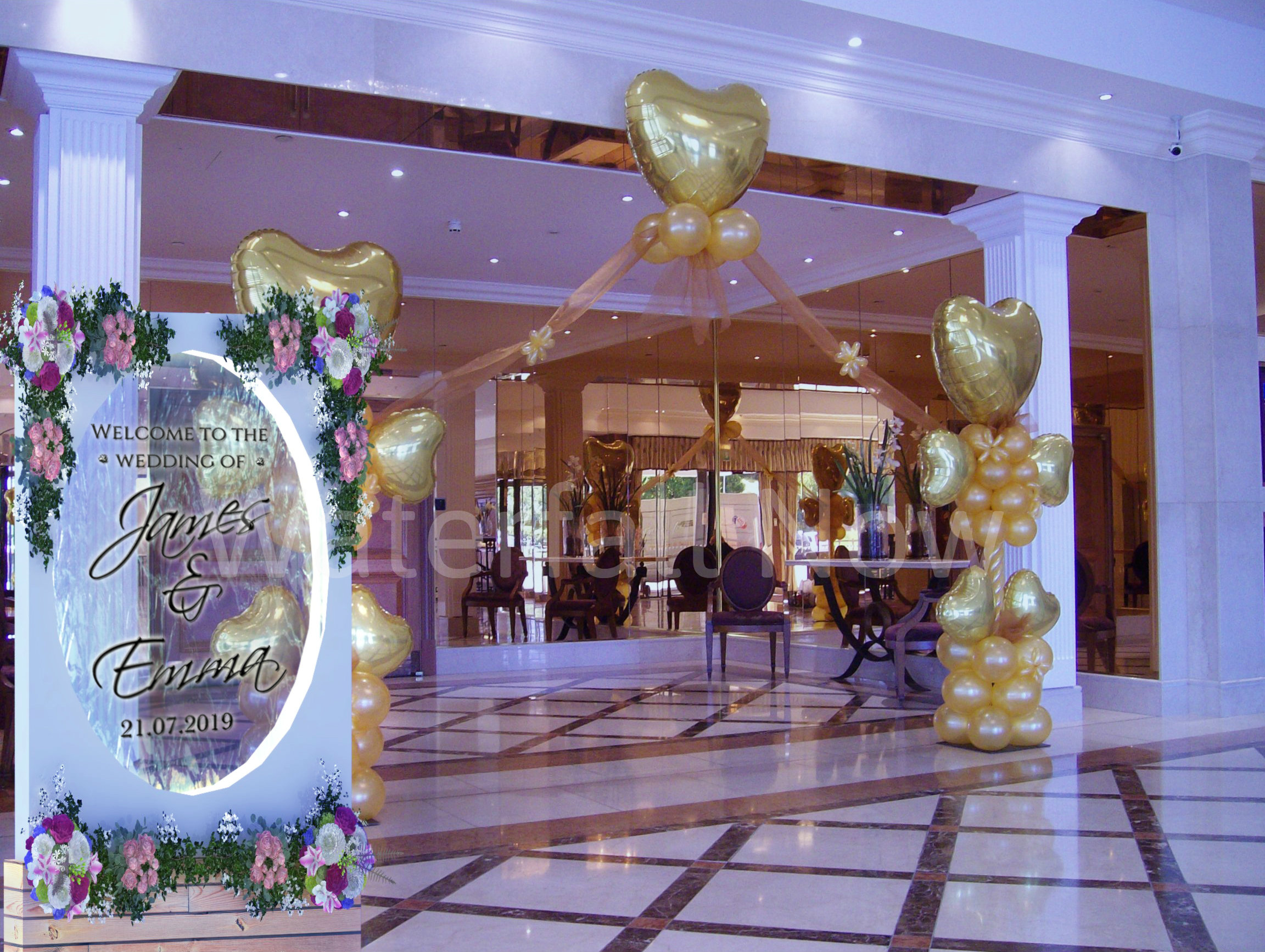 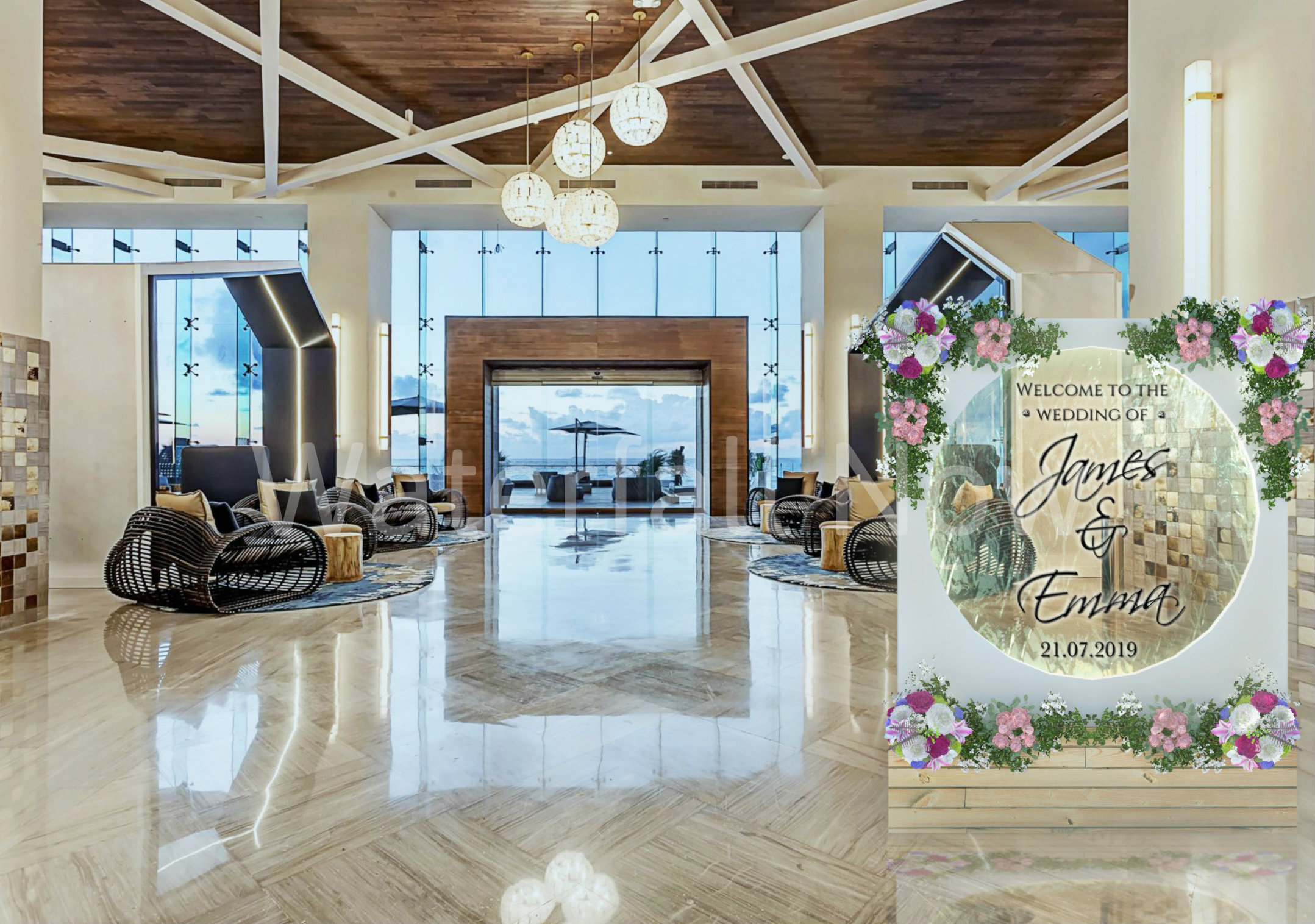 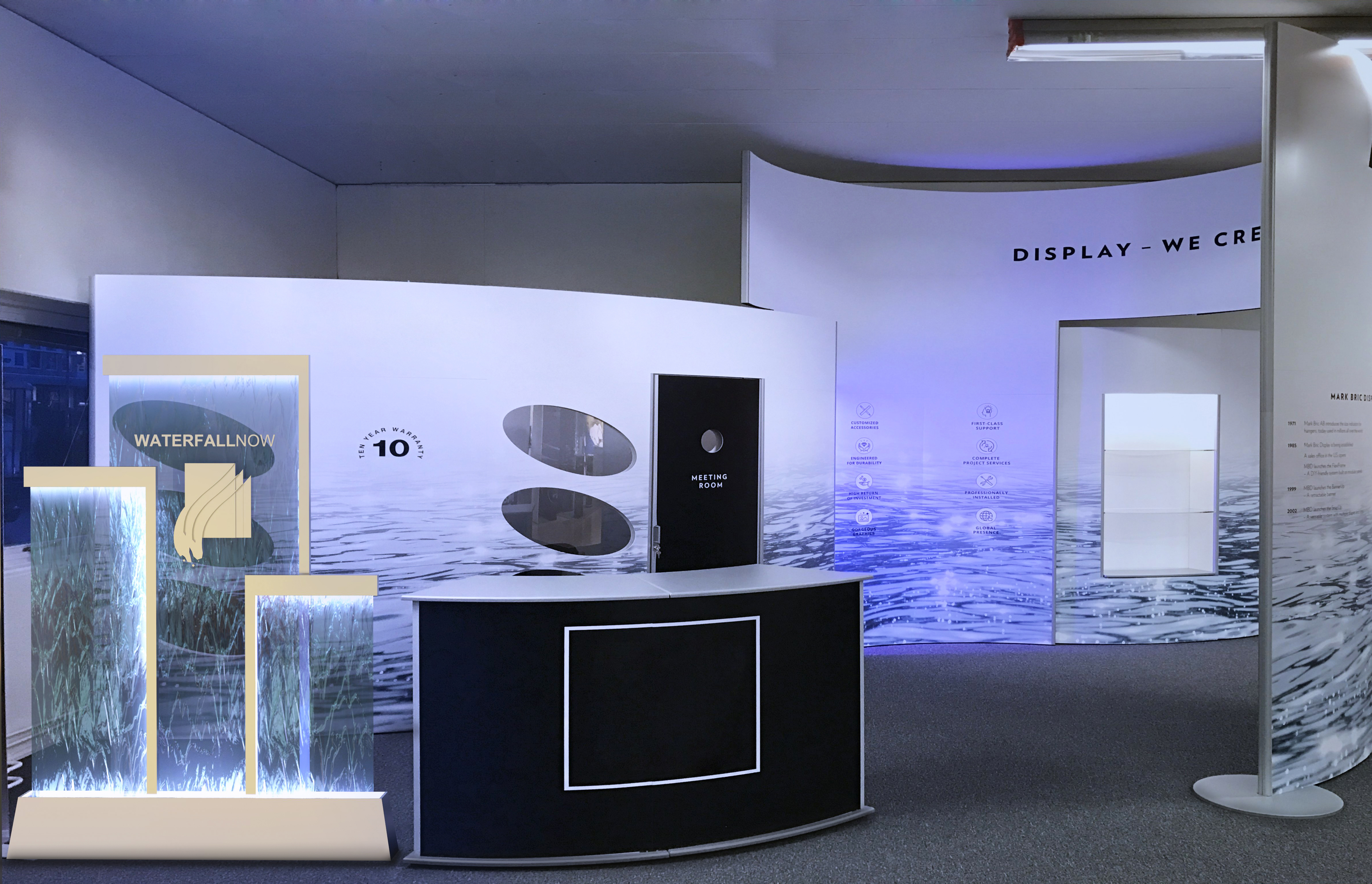 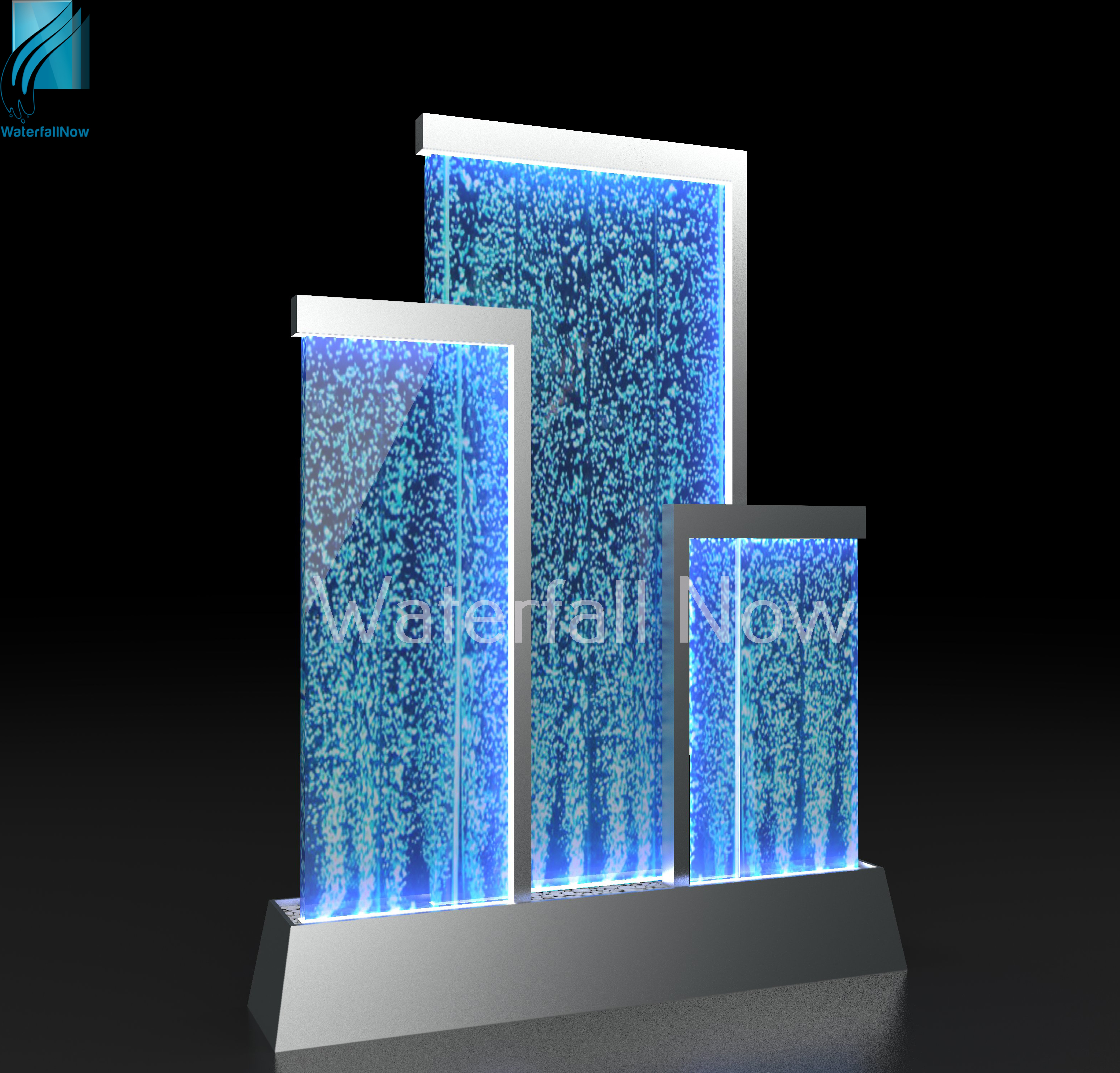 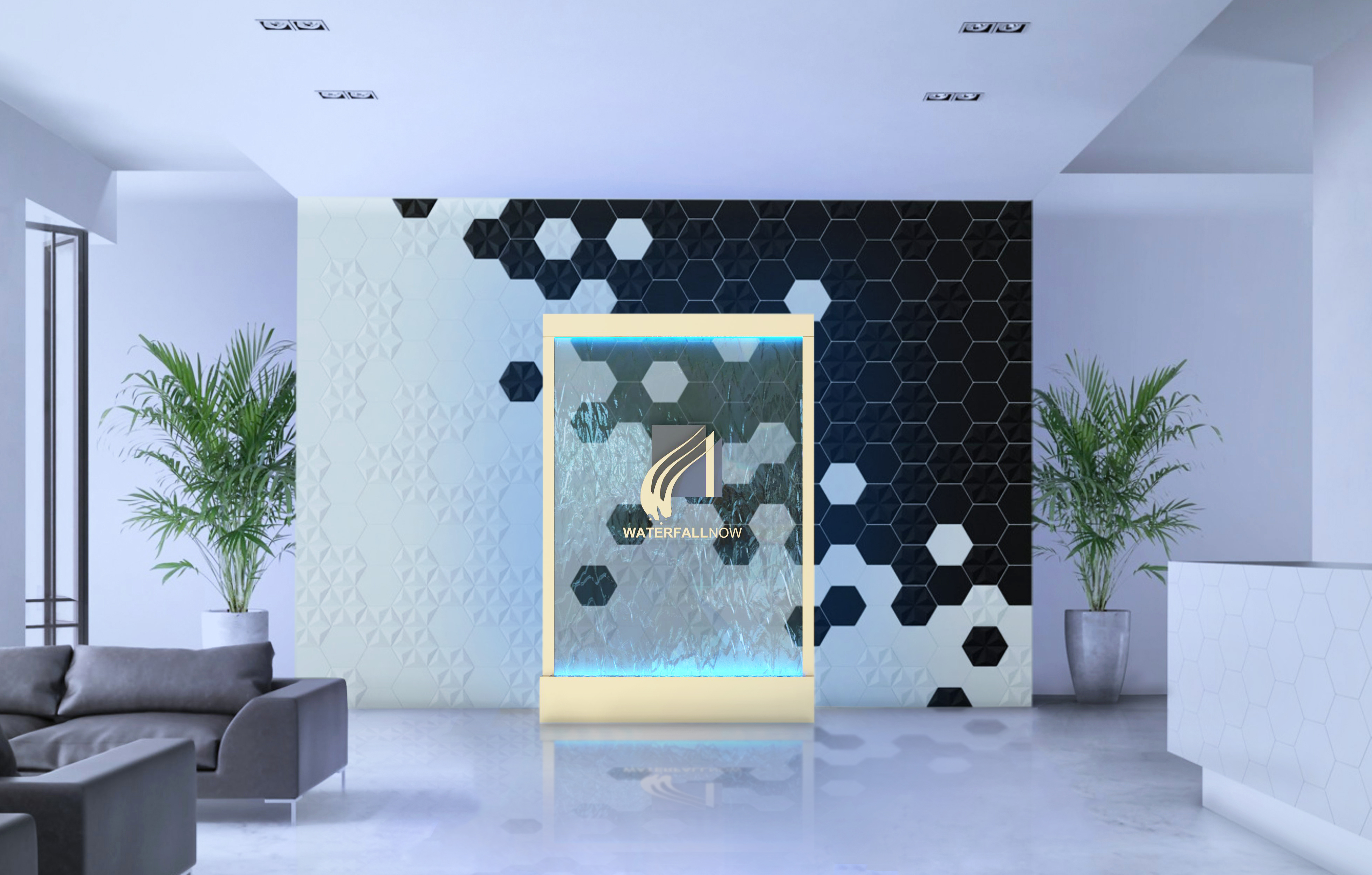 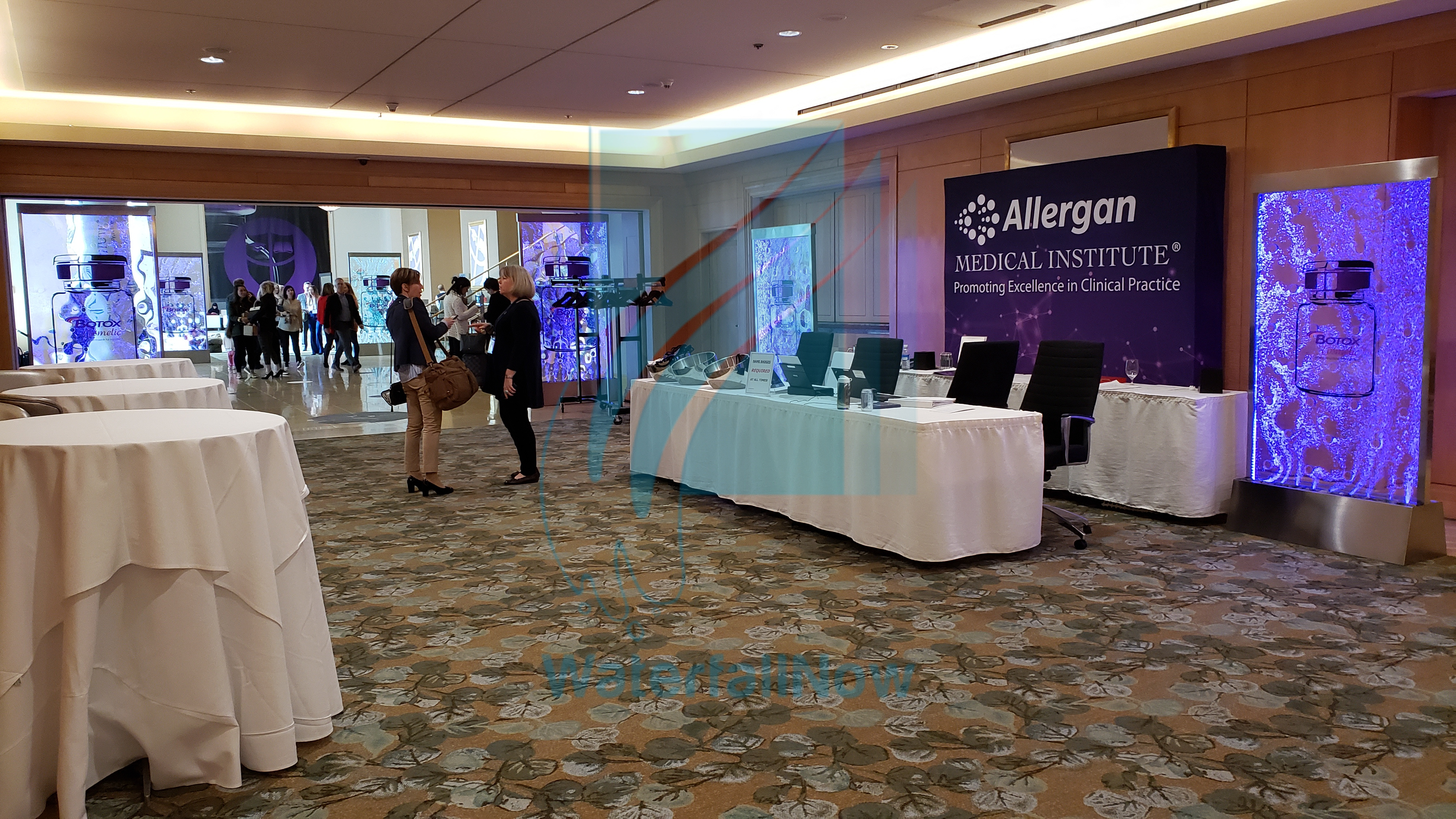 Watch the interesting visual effects of having LED lighting come up from below shining onto the water rather than from top down at 6:07.

Lighting plays an important role in the look and feel of a water feature. Lighting effects can completely change the way a water feature looks and feels. The two definitely go hand in hand. WaterfallNow offers custom lighting options including programmable LEDs that are bluetooth compatible so you can adjust the settings from your mobile device.

Fire fountains have been around for a decade but are becoming increasingly popular for water fountain shows.

It is recommended to put an object that would thrive well in any season by the entryway to your door. Water features, fountains, and waterfalls are a popular garden ornament or decoration that symbolizes wealth and prosperity.

The entrance of a home is a often good place to put objects that trigger positive thoughts or feelings.

Feng Shui practitioners hold that objects hold thoughts and feelings that we personally associate with them.

Just as copywriters use words to influence people’s thought patterns, retail designers are also aware that creating a positive shopping environment and experience for customers who walk into their store can increase the urge to buy more.

Having a water feature outside of a shopping mall, hospital, hotel, or any other establishment or even inside of the entryway area can improve the feng shui of a space.

At the same time for good Feng Shui it is best to avoid clutter. You don’t want to place too many objects near the entrway of your establishment or home.

To learn more about Feng Shui we recommend visiting this website

A reflecting pool, also referred to as reflection pool or reflection pond (although not really a pond) is a water feature commonly found in gardens, parks, and memorial sites. It usually consists of a very shallow pool of water, without fountain jets or turbulence, for a reflective surface. Modern landscape designers are finding more ways to incorporate them into high the gardens of high end luxury custom homes. 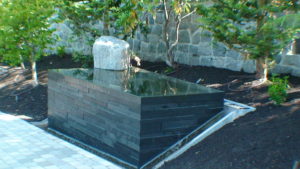 Terms: https://en.wikipedia.org/wiki/Reflecting_pool
Looking to add a reflection pool to your custom home project? If within our service areas, request a quote: info@waterfallnow.com – (778)-788-8603

Interesting looking fountain with a vortex going down the middle.
They are surprisingly easy to make for any DIY’er (just go on YouTube to find descriptive tutorials).
Looks even cooler with LED at night – the water level can be controlled or even programmed to move up and down.

Pre-Order:
[Was $3365.38] – Sale Price $2800. Available mid-June.
Price will drop later this year for those that don’t mind waiting.
Let us know you are interested and we will secure a discount for your future purchase.

Son of an architect father, Peter sculpted artificial rock for nearly 30 years. He gained an early appreciation of aesthetics and the dynamics of form at an early age, and began working at the craft of artificial rock sculpting in his late teens, while concurrently embarking on diving and undersea explorations along the West Coast and throughout the Hawaiian Islands.

Peter’s career began as a one of a group of artists hired to sculpt the Vancouver Aquarium’s first major theme exhibit, the Amazon Gallery. Peter’s talents were soon recognized and he was retained by the Vancouver Aquarium to head the design and construction of the rockwork surrounding the Killer Whale Habitat. A major undertaking, the pool was one of the first in the world to reflect an actual natural habitat, as Peter’s design called for a backdrop of rockwork based on Gulf Island sandstone formations.

Once traveling as far north as Arctic Bay, Baffin Island for the design and creation of his Beluga Whale Pool at Vancouver Aquarium, Peter continues to regularly explore the West Coast and other locations to take molds of rock formations for his work.

Peter was well renowned for his commercial and public spaces work with The Vancouver International Airport, Shaw Ocean Discovery Centre, CFOX Kids Park, and many other public and commercial projects. Peter also led projects for clients in China, the Caribbean, and across Canada.

A graduate of The Emily Carr School of Art, Peter was an accomplished painter as well as a sculptor, with a strong affinity for realism and a love of natural subjects. His work is marked by a personal commitment to excellence and meticulous attention to detail.

Peter was a remarkable man who cared for people and loved to spend time with his family.
The last time I had a chance to speak with Peter was while he was having a family gathering with his grandchildren playing in the background. I had promised to meet with him one more time before the kidney cancer had taken his life. A kind man, Peter will be missed.

On a recent trip to Yaletown Vancouver, I stumbled across a store called Kaarigar Handicrafts store that offers authentic hand crafted goods. You can learn more about their back story by visiting their online store at kaarigarhandicrafts.com or by visiting them in Yaletown at

Address: 1012 Mainland St, Vancouver, BC V6B, Canada
Phone:+1 604-767-6630
Upon visiting the store, I learned of many interesting things about the authentic crafts carried in their store and of their support effort to the local artisans. There are many interesting products in the store that have lots of deep meaning and sentiment behind them. You can tell by the details that these are not your run of the mill factory made products. Everything is unique in its own way – they are hand crafted by skilled artisans. There will come a day in the future when these types of things will be difficult to find as the trend towards mass production through automation continues. These pieces are rare and often under appreciated in todays culture. 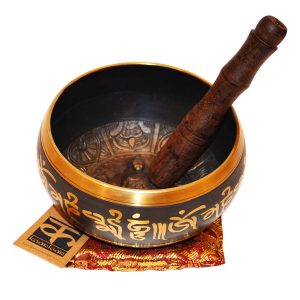 Click the image to visit kaarigarhandicrafts.com or visit them in Yaletown

When you buy a high quality authentic tibetan singing sound bowl you can immediately notice the difference in resonance when compared with a cheaply made singing bowl. This is true for both the trained as well as the untrained ear. Something mass produced in a factory with cheap parts to act as a replica of something authentic will almost never be as good as an original piece. The resonance and structural integrity are of a very high quality when compared to something made off of a mold on a factory line using cheaper parts and with a less complicated process. Externally it may look the same but steps were missed.

There is a lot of history behind tibetan singing sound bowls with some of the more common usages being for meditation and sound healing. These things are very beneficial especially for people living in Vancouver where people are often stressed out.

If you are interested in finding the perfect authentic Indian gift for your significant other or best friend visit Kaarigar Handicrafts in Yaletown Vancouver BC Canada on Mainland St one day and spend some time learning about the culture and history behind each piece of hand crafted art.