WaterfallNow displaying a temporary rock waterfall setup at BC Place.

BC Place: Water Features, Waterfalls, And Fountains In Vancouver

Temporary 12×18 pond setup using 2×6 lumber. Internally braced to provide more stability and security. A normal pond setup would be outdoors and dug into the ground. WaterfallNow typically employs pondless waterfalls which require very little water. The water splashes down into a hidden reservoir covered up by river rock and recirculates back up through a pump.

We were going to bring in some custom cherry wood benches made by new air custom designs but the deadline to ship things in was unfortunately passed. This particular display was crafted quickly on-site in a matter of hours. This type of project would normally have taken us several days with a large crew many years ago when we first began experimenting with fiberglass rocks 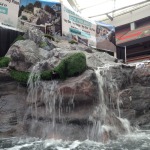 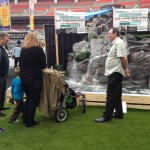 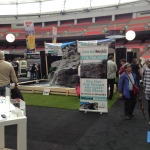 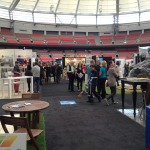 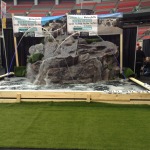 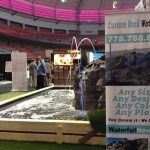 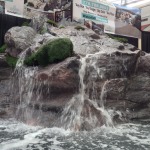 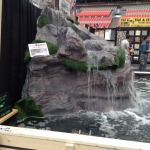 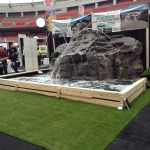 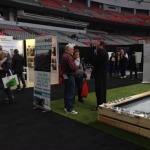 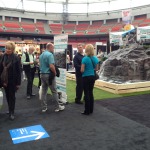 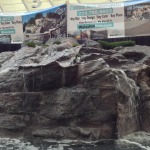 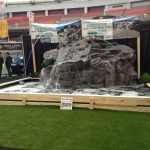 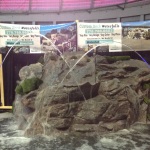 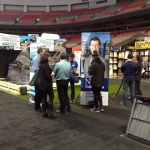 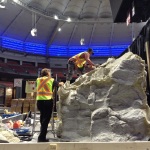 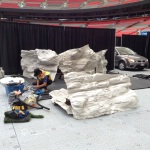 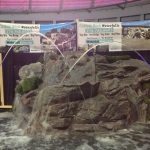 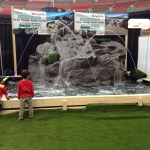 WaterfallNow has experience with concrete, natural rock, plastic rock, styrofoam rock, and even bricks. We have done it all and no other material captures the natural rock shapes found in nature as the ones we manufacture ourselves. Because the outer layer is composed of a mixture of natural rock, the rock can promote the growth of algae and within a few years resemble a real rock.

The thickness of the rock panels can be adjusted according to the purpose. In general, these rocks are meant to be used for display purposes and will last for many decades this way even operating in all 4 seasons.

The majority of the work that we do goes into crafting each rock panel specifically for the design we have in mind. There is a high cost involved in the production of the panels themselves. Anyone who has ever constructed fiberglass boats can attest to the high costs of fiberglass services and products. The equipment, skill, working conditions, and other associated costs may surprise those new to this industry but it is one the team at WaterfallNow is experienced in.